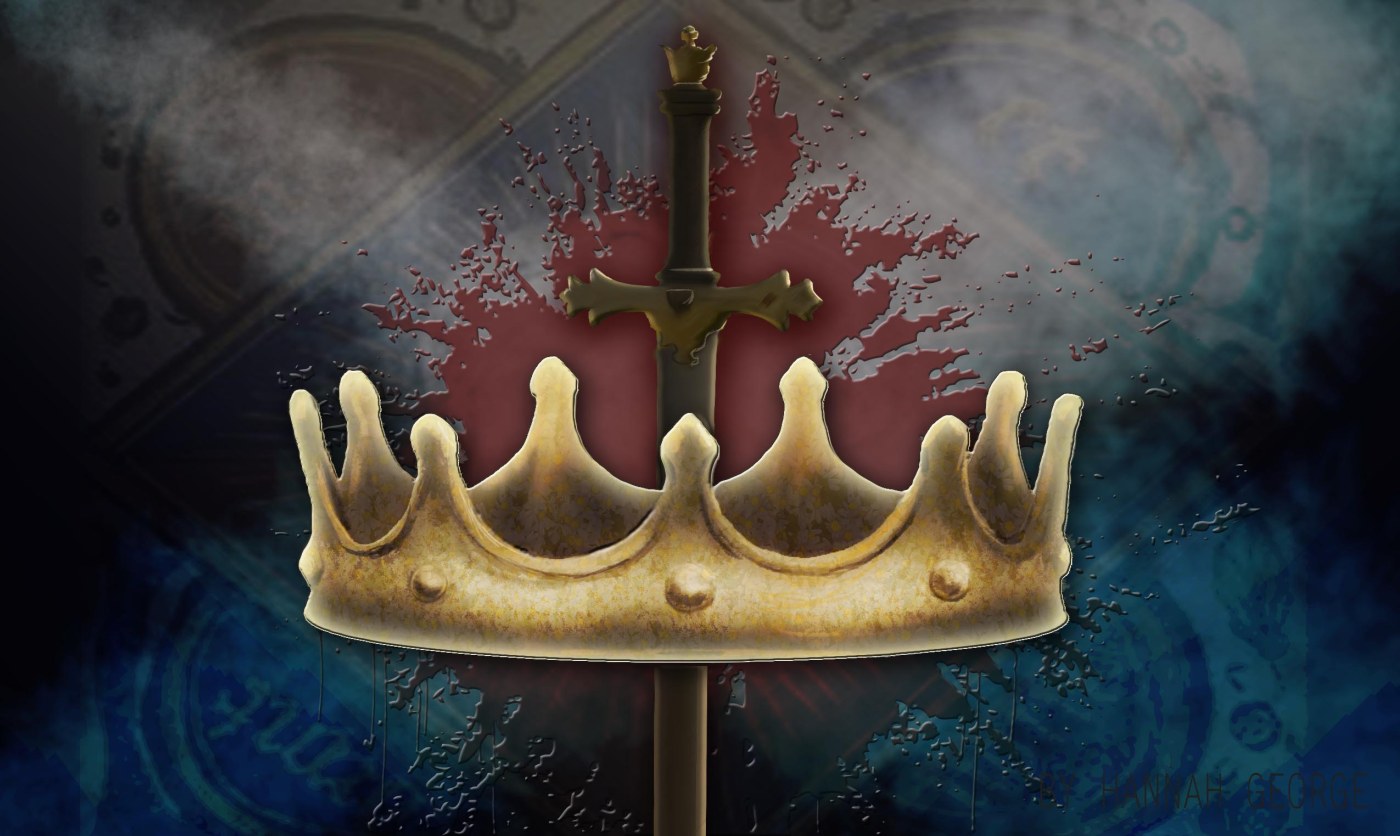 I was enamored with Tolkien’s world from a fairly early age. I think The Fellowship of the Ring was the first PG13 movie I was allowed to watch as a youngster, even though I was (gasp!) not yet 13. Well, the first character who jumped off the screen and into my imagination had to be Strider. Aragorn’s rise from a nameless ranger of the north to the King of Gondor defined that archetype in my mind. Part of what enhanced his character in my mind was his heritage. Aragorn, son of Arathorn – heir to greatness. How many of us know the story of the orphan who discovers a noble heritage? How many of us wondered if we would uncover something similar someday?

Then there’s the other side of the coin. “Luke, I am your father” side. The… wait for it… dark side. Hahaha! *ahem* This is serious. No time for puns. Pull it together.

I have been delighted to uncover knights and settlers, a few royals and lots of landowners. Some of them were inspiring, a few were boring, and some rogues pillaged some coasts sometime before they started using four digits for the year on wedding invitations. Then, just the other day, I was biffing along, adding some new names, and I decided to research this fellow named Rhys ap Thomas. “Hey!” I called to my pixie-in-law, “Look at this. I’m descended from some guy who fought at Bosworth field!” It looked like he was knighted for his service on the field, too.

She took an interest as she had visited Bosworth field during a trip to England several years ago and has several history-loving relatives who love the minutiae of the kings and queens of America’s mama – England.

“It says he killed Richard III,” I continued. “Was he a good king or a bad king?”

Her eyes widened a little bit and she took my laptop to look for herself. “You’d better not let my uncle find out you’re descended from the guy who killed Richard III. He was the most maligned king who went up against the Tudors during the War of the Roses, but almost all of it was lies.”

In point of fact, Shakespeare’s play “Richard III” is a tragedy starring the villain (Richard). According to her, however, things were not so cut and dried.

Oh, dear. This was going to get interesting, and not in a good way. 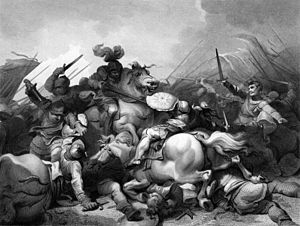 Rhys was the youngest legitimate son of Thomas ap Gruffydd ap Nicolas of Llandeilo (you know you’re getting to the good stuff when your source material has to quantify progeny as ‘legitimate’ vs ‘illegitimate’). There was a fair amount of unrest among the nobility at the time, and the House of York went toe-to-toe with the House of Lancaster (classic War of the Roses stuff). Most of the Welsh at the time supported Henry (Lancaster) over Edward IV (York), due to the fact that their land came through grants from Henry.

Rhys would have only been a young teen when a Lancastrian army was raised in Wales and moved to England only to be defeated at the Battle of Mortimer’s Cross (where his grandfather was killed).

Some Lancastrians continued to resist, including Rhys’s father. Thomas and his brother tried and failed to hold a castle near Llandeilo, as they were forced to surrender in 1462 after a siege. The two brothers went into exile in the court of Philip the Good (King of France). They returned to Wales in 1467 and were able to get some of their land back. Thomas joined the rest of his brothers in the ground in 1474, and Rhys inherited everything.

Further political shenanigans ensued (most of which Rhys avoided), not the least of which included Edward IV croaking, his son being a minor and dying, and then the succession to the throne of Lord Protector Richard, Duke of Gloucester (a.k.a. Richard III – of Lancaster). People were, generally speaking, peeved. Since Rhys kept out of the rebellion of afore mentioned peeved people, he was appointed as the principal lieutenant in southwest Wales.

Now, in the meantime, Henry (York) was cruising around France, prepping for an epic takeover of England. On August 1, 1485, Henry set sail from Harfleur in France. He landed near Pembroke castle with a force of English exiles and French mercenaries. 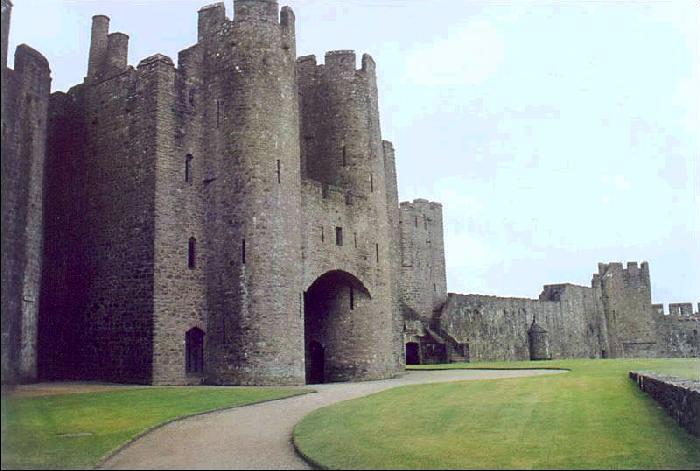 It was at this point that Rhys should have engaged him in battle at the behest of his liege.

Their forces marched separately through Wales, Rhys recruiting 500 men as he proceeded. They joined back up at Welshpool before crossing England. It was said that Rhys had enough men that he could have annihilated the rest of Henry’s army then and there.

So… this was like serious treason. Not just the garden-variety ‘he made me do it’ treason.

Then we come to the battle of Bosworth. In the midst, Richard thought (rightly) that if he charged at a strategic moment and succeeded in killing Henry, this whole coup d’etat nonsense would be over and done with. The invading force of a coup is only as strong as its leader, so the reasoning was pretty sound. Cut the head off the snake, and all that. For heaven’s sake, Richard even had twice the fighting force of the Lancastrian.

So, of course, Richard and his companion knights charged directly at Henry, but tragedy ensued.

Richard was unhorsed and surrounded.

I don’t know how much you know about medieval armor, but a horseman decked out in plate and mail on the ground doesn’t have a chance.

“And I will stand that hazard of the die.

I think there be six Richmonds in the field;

Five have I slain to-day instead of him.

A horse! A horse! My kingdom for a horse!”

In the play, it’s a duel between Henry and Richard, with Henry prevailing.

Side note: the Tudor house continued past Elizabeth I, so Shakespeare was pandering to his audience.

In reality…. it’s a little unclear whether it was Rhys himself or one of his halberdiers who slew the king, but since Henry knighted Rhys on the field of battle, it would seem to indicate that the murder lay squarely on my ancestor’s shoulders. 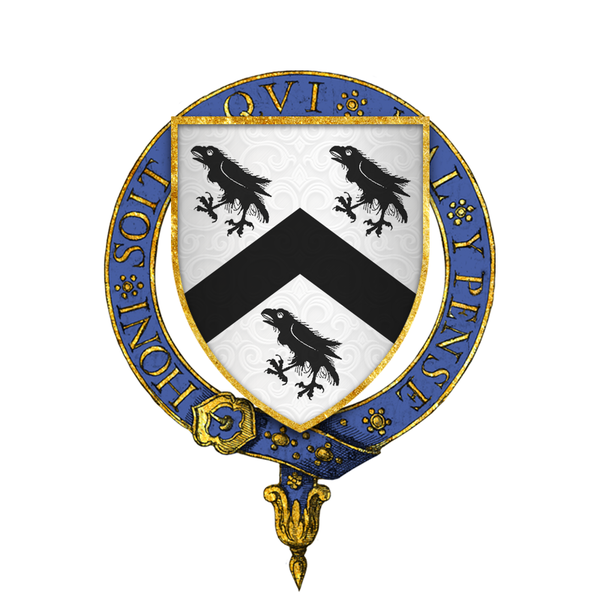 The Coat of Arms of Rhys ap Thomas

Anyhow, my ancestor stayed loyal to Henry for the rest of his life and got very wealthy and important because of it. He had numerous mistresses and several illegitimate children. He willed his lands to his legitimate grandson, but the crown took them and gave them to some stodgy fellow named Lord Ferrers. Said grandson was beheaded for treason (okay, maybe he threatened Ferrers with a knife among other bad life choices).

Not all our legacies are proud ones. Not all our ancestors can be heroes. But I subscribe to that age-old prescription for healing such wounds: Those who do not know history are doomed to repeat it.

In even sadder news, this means that my 17-generations-back great-grandfather killed Benedict Cumberbatch. 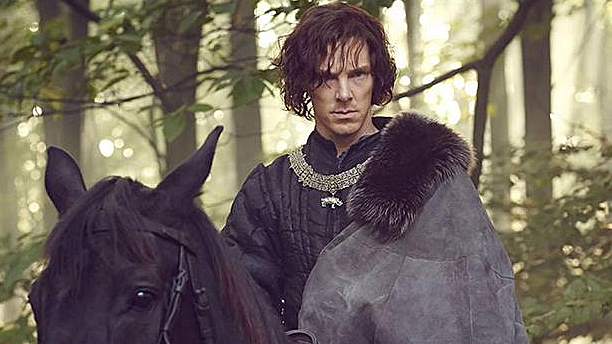 And he does not look pleased about it.