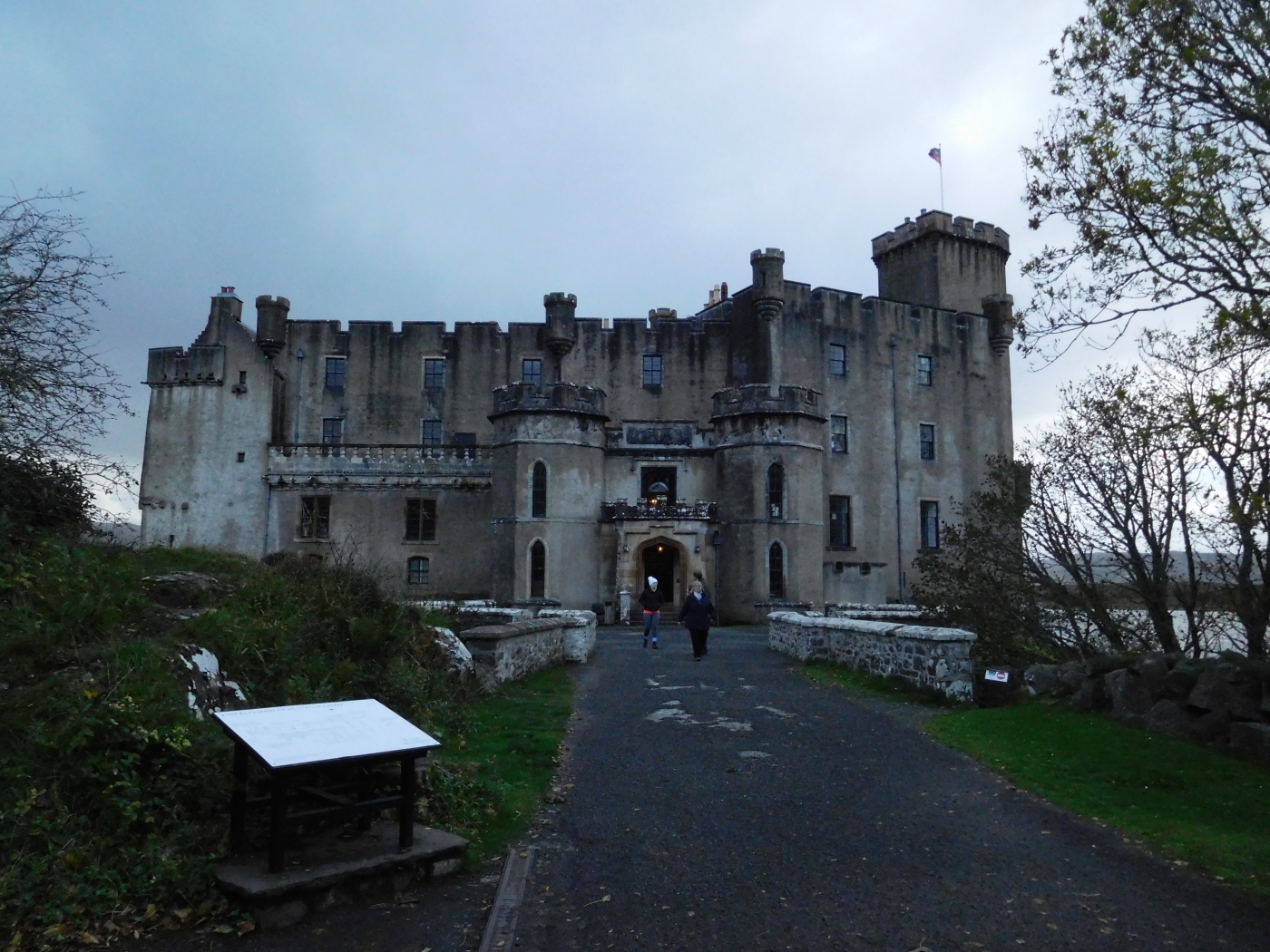 The weather started to clear, even letting a few patches of sunlight chase us along the coastal road as we drove down the eastern wing of Skye and over toward the west. On the 2012 trip to Scotland, we missed our opportunity to see Dunvegan Castle, but not this time!

We parked, bought tickets, and began sauntering around the beautiful gardens, letting the fresh air clear out the staleness of our long car journey. 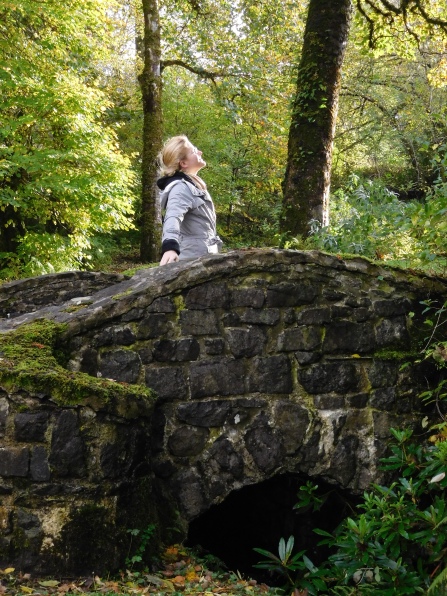 It was beautiful. Now, I come from arid mountains, where most of the green comes from the only scrappy pine trees with the determination to grow in such a hostile environment. It doesn’t take much to impress me, but Dunvegan Castle Gardens were beautiful. There were reflecting pools and crazy trees, a hothouse that made my glasses fog up, and beautiful and plentiful flowers. I can only imagine what the place looks like in mid-summer. Our journey was in October, and we were past the turning of the heather – instead, seeing the edges of everything turn to gold. Even so, the pure wealth of greenery through the whole land was just shocking to me.

Then we entered the castle proper.

Since Dunvegan is still a private residence, housing the clan chief (and the family) of the MacLeods as it has for the last 800 years, they do not permit photos taken inside. I can’t really blame them, either, but there were some really cool things; it was hard to keep my camera in my pocket.

That doesn’t mean photos don’t exist, however. Let me tell you a story about one of the most famous items in Dunvegan: the Fairy Flag.

The actual flag itself is about 18″ square, made of yellow or white silk, and is extremely fragile due to its age and the number of times it’s been examined. The white silk was only marked by red ‘elf dots’ and red crosses, though the crosses have since faded with time. It is said to have originated in the Far East, and perhaps been a relic related to the Crusades or the Viking raids of the British Isles. But some people believe it is even older than that.

It’s also magical, being known to cure cattle plagues, ensure victory in battle, and bring herring to the loch. Some say that if the flag were to be unfurled and waved three times, it would vanish or lose all power. It is told that at a vastly unequal battle between the MacLeods and the MacDonalds, the Fairy Flag was unfurled and the MacLeod forces were multiplied by ten.

The legend goes that the heir to the MacLeods, a babe, was left unattended for a few minutes. When his nurse heard him crying, she ran to him, only to find that a fairy had swaddled him in the flag and was rocking him to sleep in her arms while singing an otherworldly lullaby… a lullaby which would be used to soothe every baby who would be chief and was born at Dunvegan after.

The stories of its origin are myriad, but my favorite tells of how the chief of Clan MacLeod wed a fairy wife, and after twenty years she was forced to return to fairyland. She stood on the bridge to the other world, bade him a teary farewell, and bestowed the flag as her parting gift of love.

And that’s what I love about Scotland. Beautiful gardens, rich with greenery, overlooked by ancient castles with even older stories.